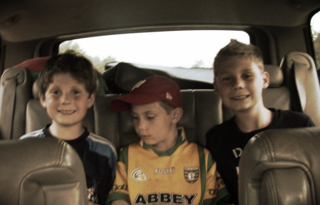 Labor Day weekend, the last glimpse of summer, is right around the corner. For control freaks like me, Labor Day weekend actually requires a great deal of labor to appear labor-less for the broods we love. It's an iconic American holiday marking the end of summer, so there’s serious pressure to have the most family fun EVER. I’m talking idyllic, Norman-Rockwell-painting-fun. Kennedy-Camelot-football-tossing-fun. Corn-on-the-cob-lobster-salad-and-peach-pie-buffets-appearing-out-of-thin-air-fun. You get the picture.

This very minute, tightly-wired moms are maneuvering grocery carts at dangerously high speeds and ticking items off their iPhone list faster than the average man could read it. Coolers, koozies and kites are loaded for their final summer outing, while school shoes and soccer cleats rest quietly in the corner 'til Tuesday.

Concerned not enough fun is planned for the weekend, or worried too many Uno cards are missing from the deck, anxious parents scurry to purchase last minute Mad Libs and Bananagrams for the road trips, and insanely fork out cash for that unsightly PVC pipe game involving nunchuck golf balls.

True perfectionists desperately Google Martha Stewart articles regarding not only how to pack the perfect picnic, but how to embellish it as well, because nothing says family fun like a blingy, decoupaged, origami picnic basket.

On a previous Labor Day getaway to Chicago as a single parent, I left nothing to chance. I created a detailed itinerary to maximize fun for my three sons: the John Hancock Building, Shedd Aquarium, Navy Pier, Chicago-style pizza, Nike on Michigan Avenue, a steakhouse, shopping at 900 Michigan and tickets to Mary Poppins. 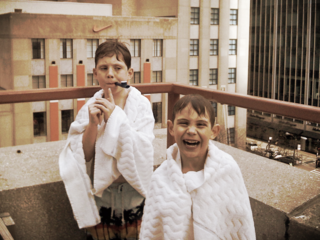 Sure, my boys thought some initial sights were interesting, but beyond the bullet-proof divider in an old taxi, they weren’t wowed. I began to think they were a tough crowd to please. However, just when I thought the trip was a fail, they began to show enthusiasm for the magic of the city.

On the quaint carriage ride back to our hotel after Mary Poppins, the boys oohed and ahhed over the horse’s steamy dump. Ten minutes before, Mary Poppins had flown over our heads in a twinkling starlit theater. I mean, she seriously flew, umbrella in hand, and all. The boys gave flying Mary Poppins a raised eyebrow and nod. Splattered horse shit on a city street received a standing ovation, an obnoxious “Yeah, baby” and a “We love you, Chicago!”

In the Nike store I lost all three. Filled with panic, I hoped I’d see them, around each corner, arms heavy with merchandise. Instead, I spotted my boys two stories up, riding the escalators. “Hey-“ I shouted, “if you guys aren’t gonna try on any shoes, let’s move on to the next thing on my list.” Only to hear in response, “Mom! Escalators! We’re on an escalator! This is awesome! Can we ride a little longer?” I quietly mumbled, "Yeah, we don't git to the city often" and covered my “Appalachia is for Families” t-shirt.

At the top of the John Hancock Tower, my youngest son announced, “You guys GOTTA check out the urinals in this bathroom. Come on!” They admired the Chicago skyline for three minutes and the public restrooms for ten. 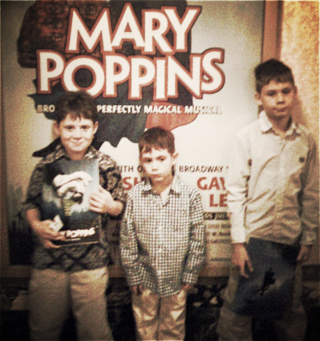 The pricey steakhouse did impress. “Mom, you picked a great place. The restroom is awesome. Huge peppermints are floating in the urinals. Did you know you can even pay a guy to watch you pee here? Seriously. They have combs you can keep.” Yes, well, along with the free matches, that’s why the guidebook recommended it, boys.

To parents who want to provide a memorable Labor Day weekend for your children, I wish you well. After you vacuum the minivan, drop the dog at the kennel, and hunt down one damn DVD that isn’t scratched to death, you might want to toss out your laminated itinerary, bedazzle your noise-reducing headphones and prepare for Plan B.

In the meantime, I’ll be at home charting our next family vacation: the Public Restroom Tour of America.

Liesl Testwuide, publisher of the website Hairpin Turns Ahead, uses humor and humility to write about navigating life’s twists, turns, and inevitable changes.  A divorced mom of three, she has come to accept that even though her white-picket-fence life blew up in her face, it was the best thing to happen to her.  Follow Liesl on Facebook, Pinterest,and Twitter. 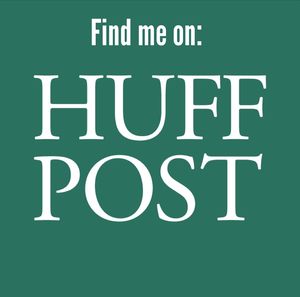